Its name originates from the Greek kephaloidion (meaning “head” or “chief”). Cefalù is an old fishing village that managed to take advantage of its picture-postcard location and the presence of Sicily’s finest cathedral, which is in an unadulterated Norman style. The numerous visitors who come here also benefit from all the amenities necessary for a pleasant stay, including a surprising number of enoteche and wine bars.

Halfway up La Rocca is the Temple of Diana, a temple created to worship the goddess of water and the moon. It is believed that this megalithic monument was built during the ninth century BC, being the only pre-classic era monument of Sicily.

Don’t expect too much from this temple. If you didn’t see signs about the temple, you would think it is just abandoned old construction. It is a shame how ruined it is.

After another half an hour of ascent, we can find the ruins of the Norman Castle. This fortification was built to protect the city from possible attacks. It also offers a 360º view of the surroundings.

From there, we could see the Nuevo Puerto Presidiana and enjoy the turquoise colour changes of the Tyrrhenian Sea.

The rock of Cefalù

La Rocca is the site where the town was originally established. Today, there are ruins from many different periods, including the pre-Hellenic temple of Diana and a castle built in the 12C and 13C. Walk along the crenellated walls to reach the promontory, from where the superb view encompasses the surrounding area from Capo d’Orlando to Palermo with Cefalù below. 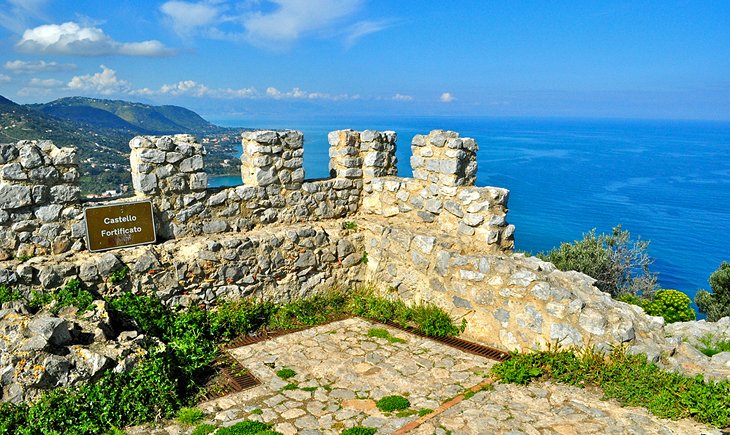 The square, dominated by the cathedral is bordered by two palaces. Piraino palace (on the corner of Corso Ruggero) has a late 16C portal and Maria palace was possibly once a royal residence. The 17C Episcopal palace stands to the left of the cathedral. 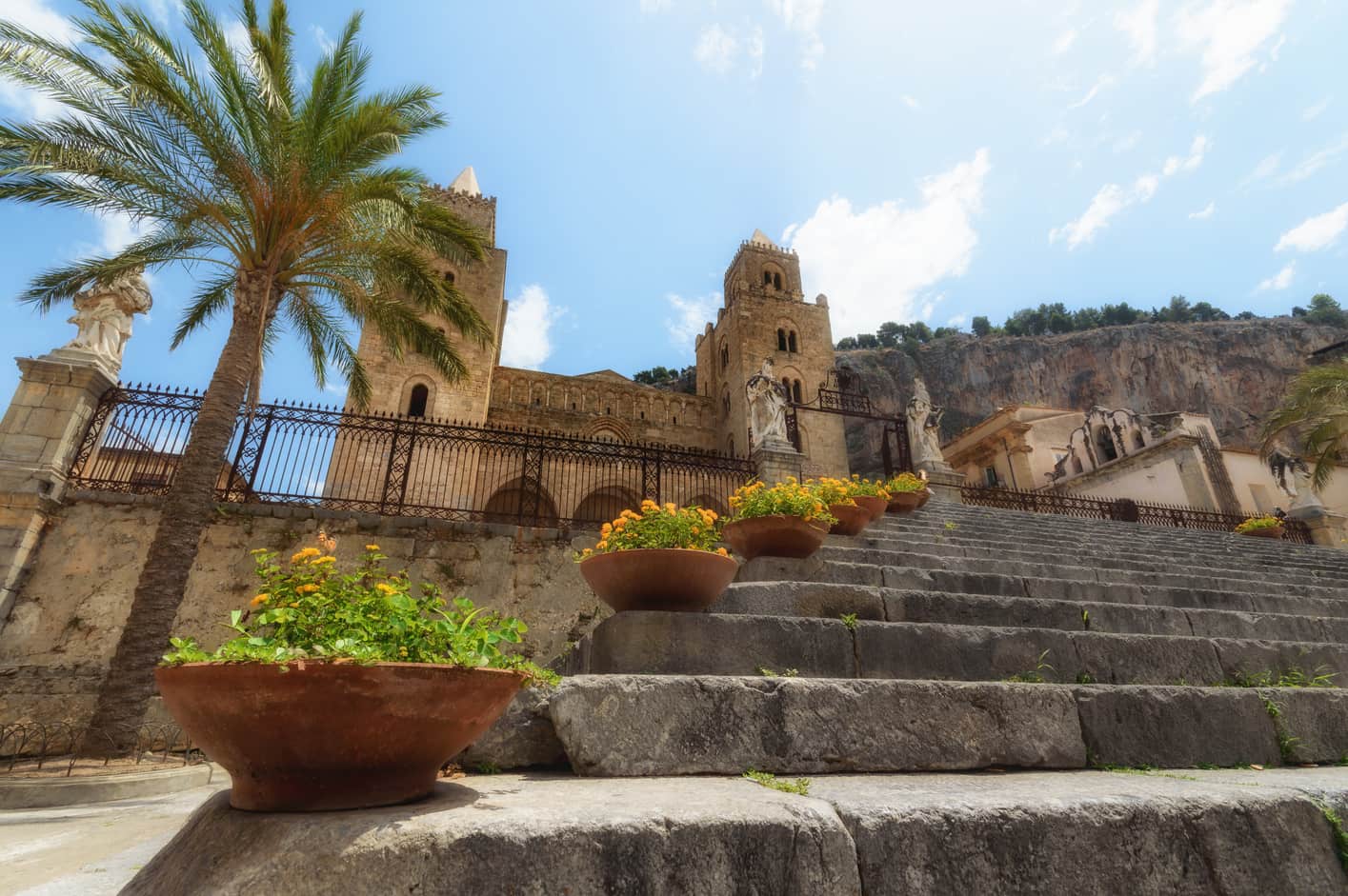 The public laundry was built in the Middle Ages, in the heart of the old city where women could gather to wash and rinse clothing – and perhaps also bathe — in a series of large basins that line up in an unusual stepped sequence. A staircase of lava stones leads down to this area under wide arches, where the basins are filled with water coming from 22 spigots. The overflow water runs through a channel into the sea below. At the foot of the stairs is engraved a verse written in 1655 by Vincenzo Auria: “Here flows Cefalino, more salubrious than any other river, purer than silver, colder than snow.” 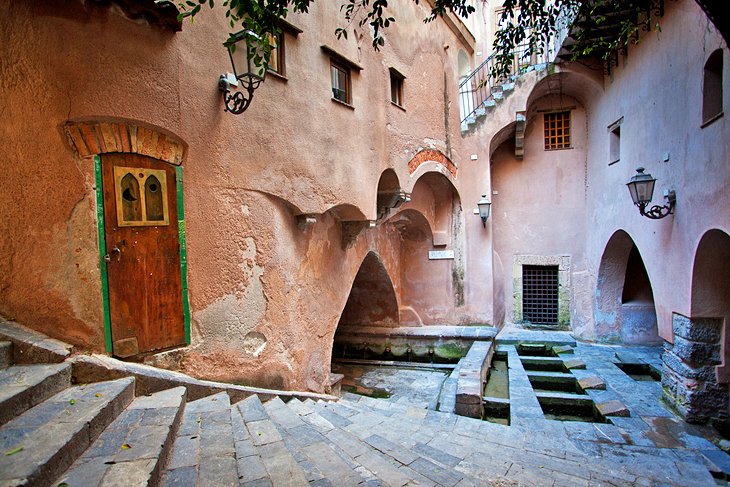 A winding, scenic road leads from Cefalù southwards to Gibilmanna, on the slopes of the 1,081-meter-high Pizzo Sant’Angelo, in the Madonie Mountains. In this beautiful wooded setting, you’ll find the pilgrimage convent of Gibilmanna. The church was built in the 17th and 18th centuries and houses a Madonna by Italian Renaissance sculptor Antonello Gagini (1478-1536) that is particularly revered. Every year on September 8, the festival of the birth of the Virgin Mary pilgrims come to the sanctuary from all over Sicily 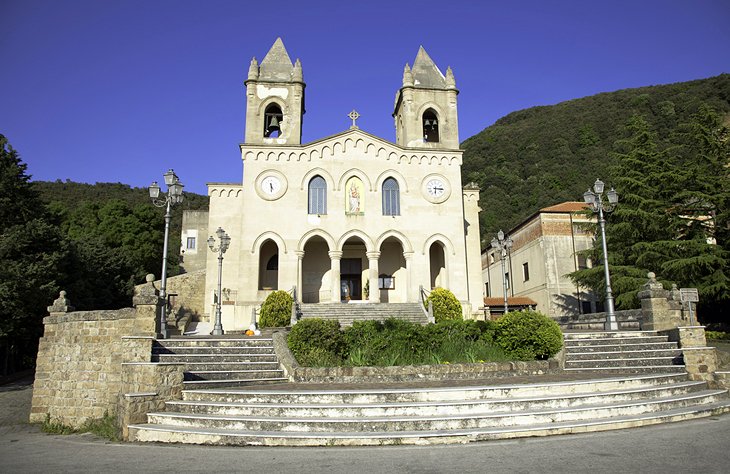 Capo d’Orlando is one of the largest seaside resorts along the coast. It is home to lovely sandy beaches, such as Lido San Gregorio to the east. The town becomes busiest around Via Piave, lined in shops, which runs parallel to the seafront and beach. It is also ideally located for excursions to the Nebrodi mountain range. Don’t miss the view from the ruined castle. 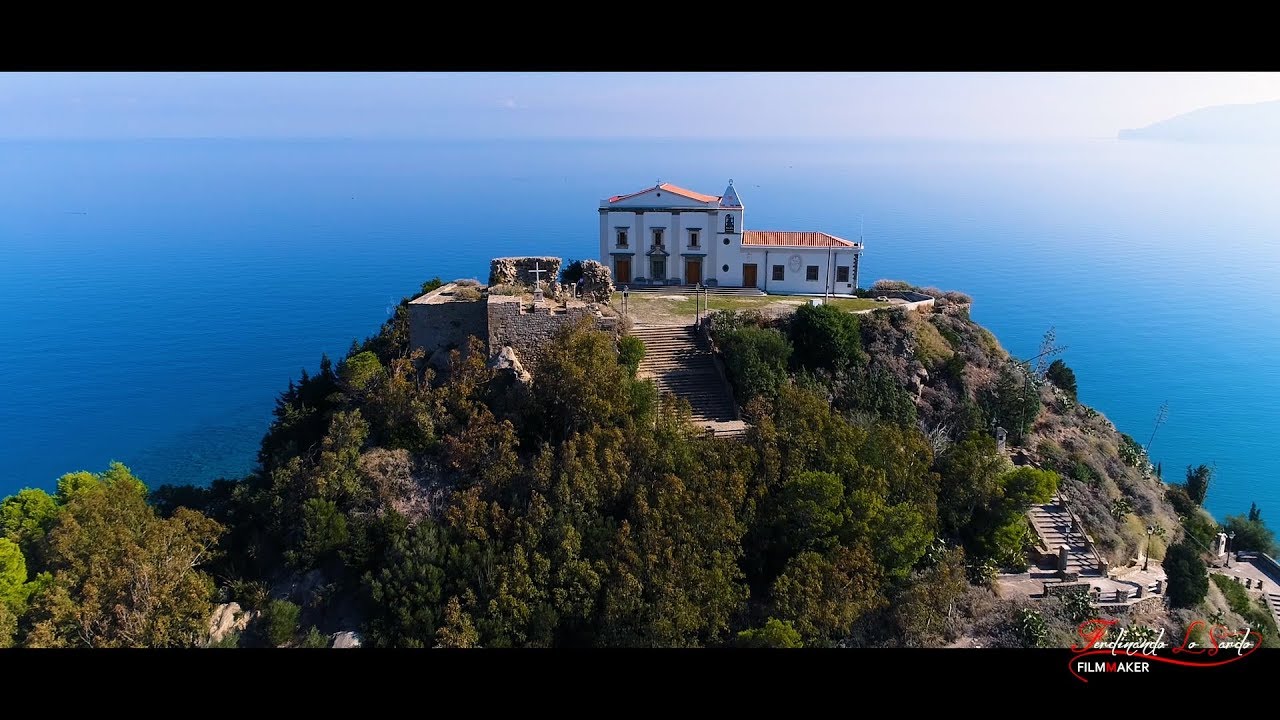